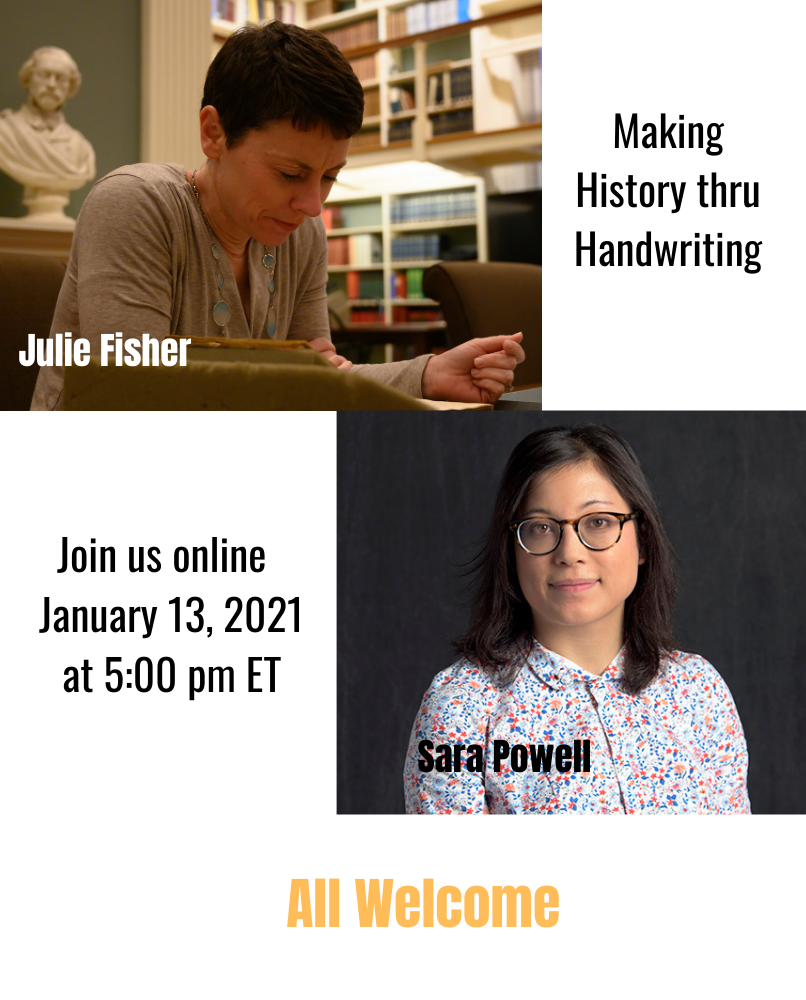 Making History through Handwriting: An Introduction to Manuscript Transcription

Are you interested in archival transcription and the mysteries it can unlock? Join us on January 13th as Julie Fisher and Sara Powell discuss transcription, its importance today, and tips you can use when transcribing manuscripts. Learn about transcription projects taking place across the United States and how to join them.

Julie A. Fisher holds a PhD from the University of Delaware and specializes in Early American and Native American history. She has been developing digital humanities projects over the past four years including serving as the Members Bibliography and Biography Postdoctoral Fellow at the American Philosophical Society (APS) and as a consulting editor with the Native Northeast Portal (formerly the Yale Indian Papers Project) at the Mashantucket Pequot Museum and Research Center. Before that she was the primary investigator for a National Park Service grant at the Roger Williams National Memorial in Providence, Rhode Island. She first began transcribing and learning paleography skills for her first book, Ninigret, Sachem of the Niantics and Narragansetts: Diplomacy, War, and the Balance of Power in Seventeenth-Century New England and Indian Country. She is currently working on her latest project which examines language acquisition in seventeenth century southern New England.

Sara Powell is the assistant curator of Early Books and Manuscripts at Houghton Library at Harvard University, where she supports the development and use of the library’s pre-1800 collections, with an emphasis on medieval and Renaissance manuscripts. Sara earned an MS in Library & Information Science from Simmons University and an MA in Medieval Studies from the University of York. She has previously held research librarian positions at Yale’s Beinecke Rare Book & Manuscript Library and at Swarthmore College Libraries.